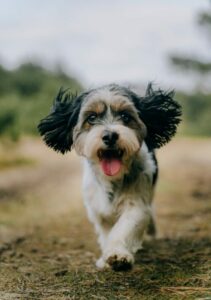 This week it’s chilly in Oklahoma. For this person who has spent most of her life in Texas, it’s just plain cold. I know, I know, it’s not Wisconsin cold, let alone Quebec cold, but lows of 28 and 25 and 23, well, I think they are legitimately cold. And I have central Texas warm clothes not Oklahoma warm. Add to that, the fact that I don’t really like being cold and one might reasonably expect that I wasn’t looking forward to this week. But I was, because Monday’s forecast included snow. And snow makes me giddy.

Shortly after we were married, Peter and I flew to Virginia to attend his niece’s bat mitzvah and when we landed in Washington, DC, it was snowing. We were not remotely prepared for snow though I did bring a coat. It was December, after all. But I didn’t care, we had landed and it was snowing. And there I was bouncing in my seat like a small child. Peter, who’d grown up in New Jersey, was less thrilled. But I couldn’t wait to see it, even be out it in a little.

A few years ago, as I was beginning my consulting career, we traveled in the north and northeast a fair amount. The first time we had snow, my colleagues most of whom were from New York City and points north probably wondered just who had joined the team. Because they were most definitely not excited about it. I didn’t care if they thought I was a bit odd, because snow makes me giddy.

I get it, I don’t have to shovel a sidewalk. I don’t have to cope with all the downsides of large amounts of snowfall on a regular basis. Even the snowstorm we had in Texas a couple of years ago when the power grid failed, wasn’t terrible for us, because we had power for the most part. So, I understand when people don’t share my excitement.

Sadly, we didn’t get much snow Monday though they predicted it all day long. There was one moment as I drove home that it was rainy, but there were also big floaty snowflakes falling and it was wonderful.

I looked up the word giddy and Google didn’t even want to tell me about it, pushing me to dizzy. When I kept looking, I found this, “lighthearted, silly, frivolous.” These are not serious words, so what about “joyfully elated, euphoric?” Better, but still not words for grown-ups. We aren’t really encouraged to be any of those, let alone giddy.

But then I think of the simple joy those fat, fluffy snowflakes woke in me, even though they disappeared instantly into the water and the rain. Perhaps we ought to seek out giddiness a bit more often. Maybe it would be a good idea to be silly occasionally, maybe even slightly goofy. The world is tough right now and it has been for a while, so you might reasonably ask where there is a place or time for being giddy. I think we need to let ourselves experience joy, look for the silliness in the world, and maybe, just maybe create opportunities to be lighthearted, even frivolous.

I can’t conjure up snow on command, which is part of its charm, but I can smile at strangers in my neighborhood and say hi to their dogs. I can stop and enjoy the new color on the tree outside the entrance to the college. I can seek the things that bring me joy and happiness, things that make me giddy.

Have you been giddy, silly, even a bit frivolous lately? If not, you might give it a try.