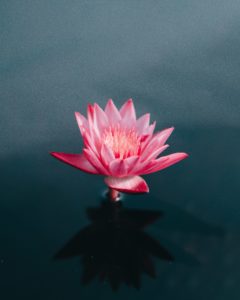 Photo by Saffu on Unsplash

During my senior year in high school, I took a class that was to help me be ready for college. During the first half of the year, we learned to touch-type. And yes, this was some time ago, so I learned to type on a manual machine, which included hitting the return lever with determination –  because that’s what it took to get it to the next line. In the second half of the class, we learned a modified form of shorthand called Notehand. (You can still find a book on Gregg Notehand on Amazon if you are willing to pay $35.95!) The idea behind Notehand was to enable you to quickly take notes in class and then after class, transcribe and annotate them. I tried it for a short while during my first semester and then gave up on it. I wonder how many of my classmates even tried it. But I wish I had understood then just why this was such a great idea.

Closer in time to now, when I was a busy administrator, I experienced first-hand why a few moments after a meeting or a class is so important. You could tell when I had days that were scheduled with back to back meetings. At the end of such a day, my desk was full of memo pads and notes. During each meeting, I’d take notes, toss the pad on the desk, grab another pad and head to the next meeting. At the end of the day, I had a desk full of notes and no memory at all of what I had just added to my to-do list. Nothing had gotten past my short-term memory. And by the next day, I almost didn’t know what the notes meant.

The reason for the gap was simple. I never stopped to capture what was important. I certainly didn’t stop to process what had worked or gone poorly in a meeting. I just kept moving from one task to the next. Not a good practice. I learned compensatory processes, big stars and circles on the note pages, or directions to myself, but I struggled with creating time to do what I knew to do – stop for just a few minutes and let myself think about what was important in each part of my day.

In other words, I needed to bring the practice of Savasana into my day. One of my teachers described the purpose of Savasana as time to let the work of the class be absorbed into the body. It isn’t enough to simply go through the motions even if you are moving mindfully. Savasana is a time to stop after you’ve done the work and create a way for the work to matter. It’s a time to let your body fully relax from the challenges you have just put it through and to allow muscles, mind, and emotions open to receive the benefits of the asana practice.

In the same way, leaders need to stop and reflect on their work. At the end of a meeting, five minutes to note down tasks, questions, or ideas that came from the meeting will help you retrieve them later. At the end of a difficult discussion, a few moments to process what just happened will help you with the analysis later. At the end of the day, taking time to reflect on all that happened, accomplishments, as well as difficulties, helps you be ready to face what needs to be done, what comes next.

And if you use that time to breathe deeply, so much the better. Both practices help you have a clear mind and be ready and present for whatever comes next. Bringing the idea of Savasana into our day is an important skill for leaders in managing their day to day tasks. It’s also one of the ways to keep from feeling overwhelmed by all that is coming at you in a week or to be burned out at the end of the semester.

Try it this week, after one conference call and before you join the next one, try a bit of reflection and breathing and see how you feel at the end of the day. You may be surprised.