I wasn’t certain that there would be a newsletter this week. We had intermittent power yesterday, but full power today. And sometimes we have connections to the internet and sometimes we don’t. We’ll see what happens.

I grew up in Oklahoma City and we had real snow then. Not often, but I do have a memory of walking to elementary school in blowing snow, that my brother, my best friend Laura, and I decided was beyond our capacity to endure. So, we turned around and went back to Laura’s house where her mother good-naturedly took us in, fed us hot chocolate and soup for lunch and then let us play in the snow that afternoon. (Our folks were already at work. I’m pretty sure they would have bundled us into the car and dropped us off at school.) College at OU, law school in Lubbock, and my first job in Abilene all have given me ample time to see snow, but the dearth of snow throughout most of my life and career in Texas is what I really remember. Snow days are rare and precious occasions – and they are usually caused by ice, sleet, or graupel. None of that is fun, rarely pretty, and often incredibly dangerous.

All of this to explain that I get incredibly giddy when it actually snows. Less than a month after we were married, Peter and I flew to the DC/Virginia area for his niece’s bat mitzvah. When we landed, there was snow on the ground. We had not brought the appropriate clothes. Peter, who grew up in New Jersey, was not excited. I on the other hand was, quite literally, bouncing in my seat like a three-year old at the idea of seeing snow. I managed not to bounce in my seat around my K&A colleagues, but they, mostly from the northeast, were equally bemused by my enthusiasm.

A few weeks ago, I was amazed and enthralled by the fact that we had some real snow that actually stayed on the ground – hard to believe since it had been in the 70s the week before. This is what that looked like and I was thrilled: 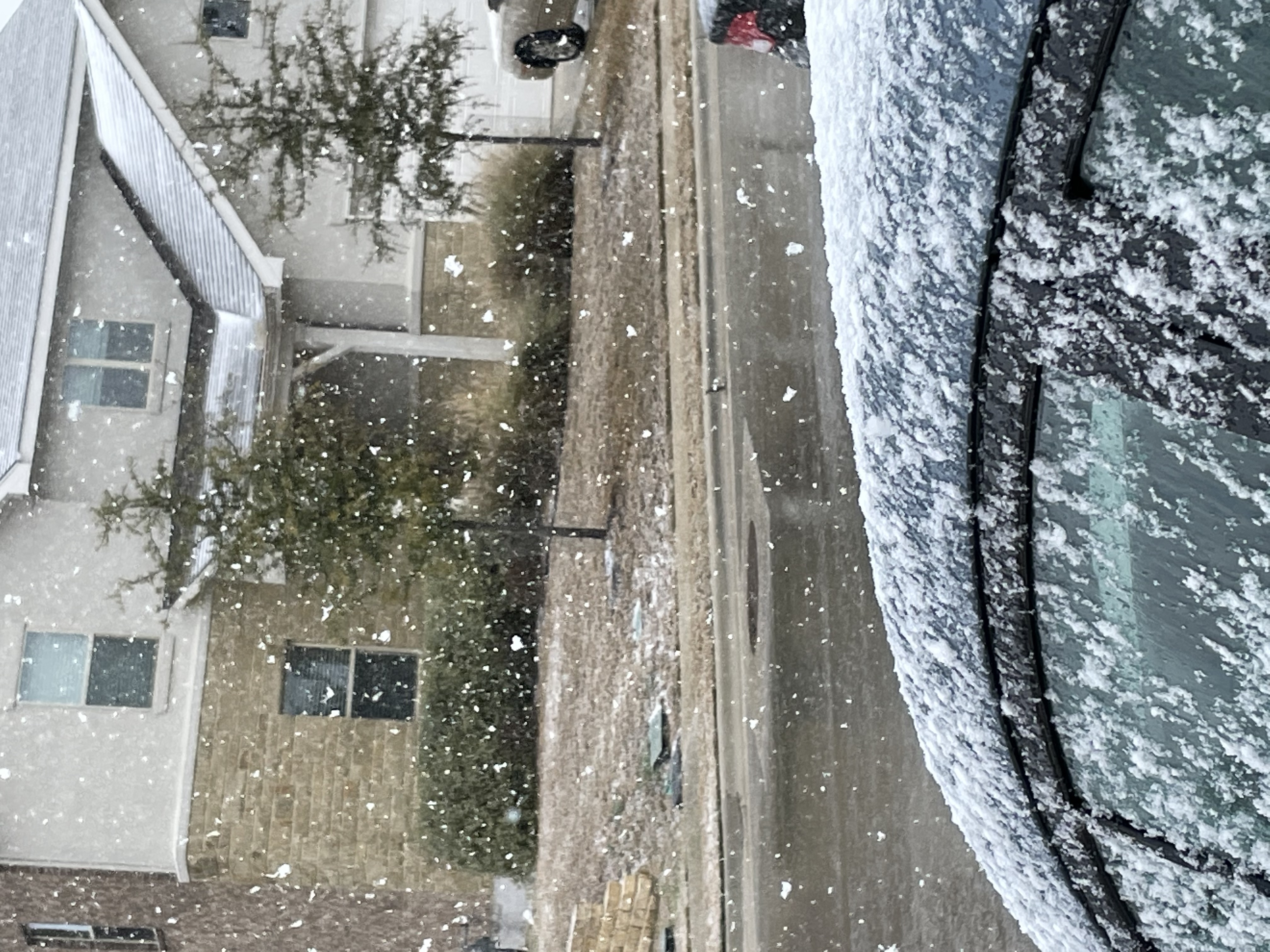 So you can imagine my delight when I woke up to this on Monday morning: 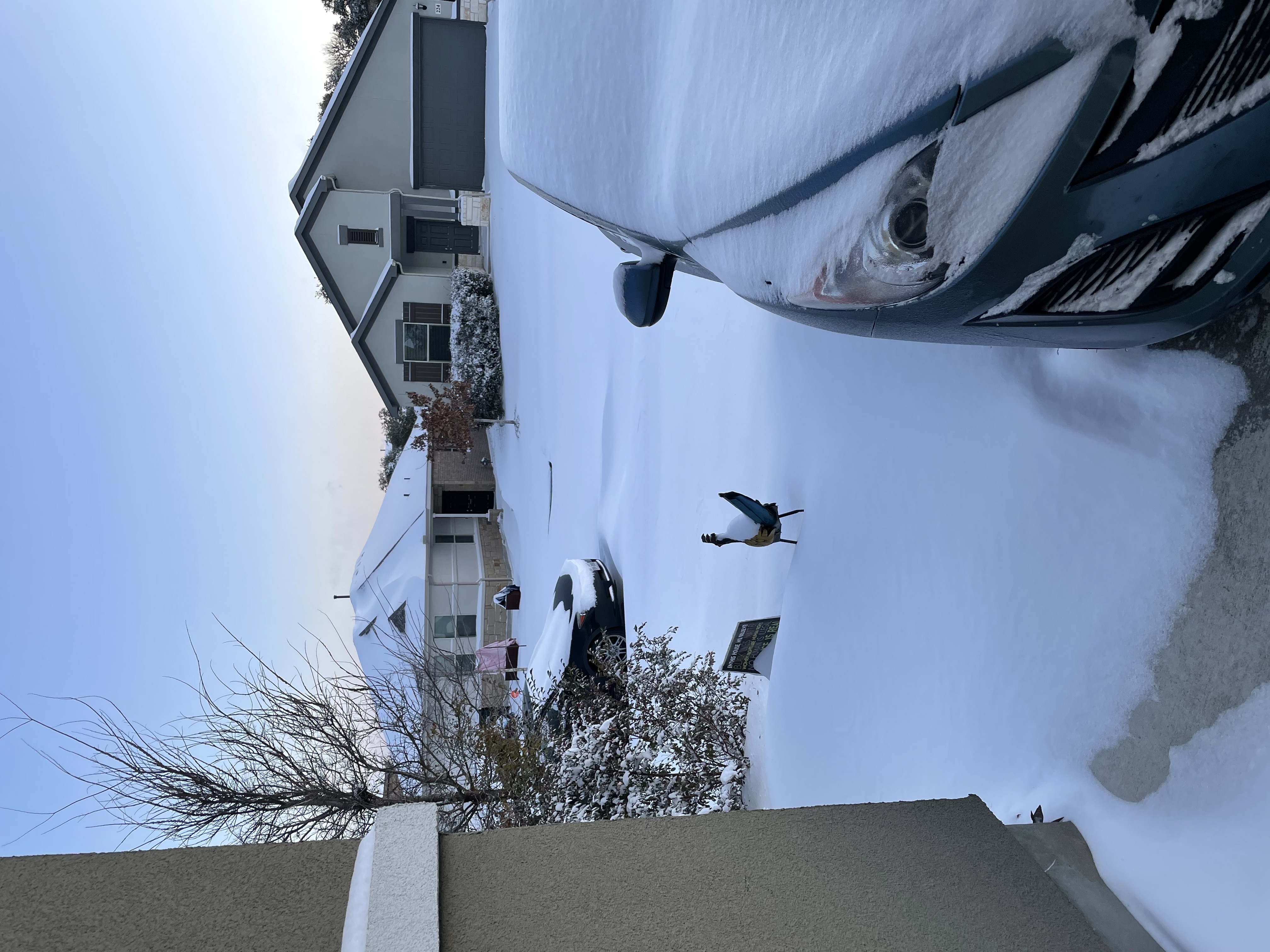 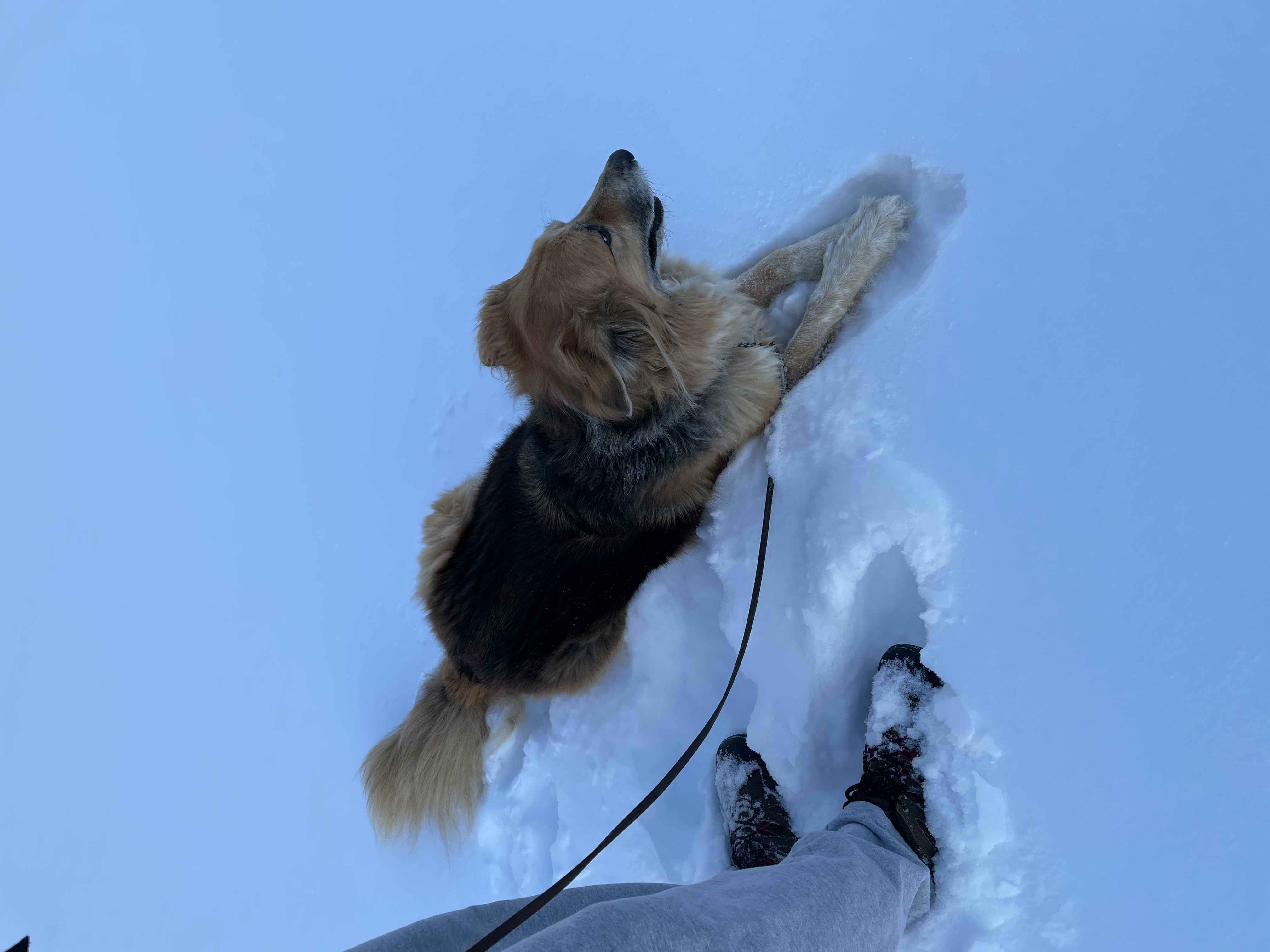 (Our dog Wynne wasn’t so sure. This was our next door neighbor’s driveway and she decided she wasn’t going any further with her regular walk. Nothing looked or felt right.) Of course, then we begin coping with the power outages. We’ve been lucky – yesterday was intermittent power and we’ve had power since 10:30 last night so we’re in great shape compared to so many others across the state and extended region. Campuses are closed, though I’ve seen that UT Austin is opening large spaces as warming stations. I suspect others are as well. We’ve checked on neighbors, our neighbors have checked on us and we’re all in this together and stuck in our houses at the same time. Both the snowstorm and the pandemic provide interesting metaphors that way, don’t they? As individuals, families, friends, campuses and communities, we each have to figure out what is best for us and we have to pay attention to each other’s situations as well and find ways to support each other.

The picture at the top of this newsletter is the sun coming up over the remnants of the storm that just dumped an unheard of five inches of snow on our neighborhood. It’s also a reminder that each day we have to find our way forward and find our way to support those around us. Sending all of you wishes for sunshine after a storm and people who check on you and people for you to check on during whatever storms come your way.