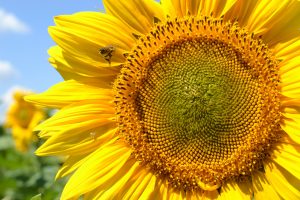 Photo by Eugene Mykulyak on Unsplash

I saw this quote on Facebook yesterday. Unfortunately, I don’t remember who posted it to give credit, but it seems appropriate even though this is Wednesday. Yesterday wasn’t a bad day, not even mildly difficult actually. But last night as I was getting ready for bed, it hit me – it was Tuesday, not Monday. Which meant I was supposed to have prepared this newsletter sometime during the day to be able to send it out first thing Wednesday. Oops! (That’s not actually what I said.) I had been planning to write it the next day….

But I didn’t head to the computer to fix it. I do believe in meeting my obligations – even if they are just one’s I’ve set for myself. I also prefer not to do things poorly and I didn’t think a panicked effort to do the newsletter done would be one worth reading. I also believe in admitting my goofs and mistakes and taking responsibility for failures. Oops.

We all have days where we simply can’t get it together. We have times when we don’t make our deadlines (please call and let the person depending on you know this ahead of time!). We all make mistakes and have failures. And I think we all know that one of the most difficult, and most powerful, statements a leader can make is admitting those errors.

I had been at UTSA about two weeks when I attended my first student government meeting. A student asked me “why does the Sombrilla leak and when is somebody going to do something about it?” Now, I did know what the Sombrilla was – it’s a large, covered plaza and central gathering place on campus. But since it hadn’t rained while I was there, I didn’t know that it leaked and after a rainstorm that it was wetter under the covering than outside it. And I certainly didn’t know why it hadn’t been fixed.  I mean why would I know the answer to this question at that point, so I said, “I don’t know.” I also said I’d find out more and get back to them. Which I did.

What I didn’t know was the impression that would make on a staff member who mentioned it to me sometime later. A Vice President standing up at a student government meeting and saying ‘I don’t know’ was not part of his experience. How sad is that? The reality, of course, is that the cost to me at that time and place was almost nonexistent. It wasn’t something I could reasonably be expected to know. But even so, it struck him as unexpected and powerful. What a shame.

So here’s my challenge to you next time you don’t know something, admit it. People will usually figure it out anyway. The same is true for mistakes and errors and outright failures. Ask for help and for forgiveness. We talk about transparency and honesty as important in leadership. We need to model the behavior that we expect of the people we work with.

And when you have the Mondayest Tuesday ever, or lose where you are in a week, or simply goof, admit it, fix it as best you can and move on. (All the while hoping it won’t be the Mondayest Wednesday ever!) Here’s hoping your ‘short’, busy week is a good one.

I hope you enjoy today’s post, short, imperfect, but sent out on Wednesday.