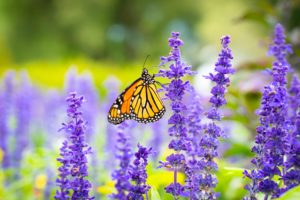 Photo by Brad Wilkins from Pexels

I was wondering about the topic or this newsletter and found this week’s quote in Seth Godin’s daily, yes daily newsletter. (And I’m a faithful reader. It doesn’t hurt that he mostly writes short essays, but I also find tidbits regularly.) And then I found out I’m currently hanging out in one of the many resting spots of the monarch butterflies on their yearly migration to Mexico. Just outside the building I’m working in there are hundreds of butterflies resting on trees, bushes, and ground cover. It’s amazing.  We’ve seen a couple already at home, and I’m hoping I’ll get to see them again when I return to Texas at the end of the week.

Butterflies are amazing in general, aren’t they and, of course, they’re a powerful symbol of transformation. They remind us that change is hard work. They show us that to become something new, we have to give up what we were. Change can often mean we are coping with a loss which is difficult even as we long for the new possibilities out there.

Several years ago, UT Austin adopted the tag line, “What starts here, changes the world.” It’s inspiring, isn’t it? I also wonder if it’s a bit daunting for some people. I know as a college student majoring in Letters who still didn’t have a clue what came after college, the idea that I was supposed to be able to change the world, well it wouldn’t have felt very possible to me.

Sometimes life requires big change, complete transformation, but other times the important thing that needs to be done is much smaller. And I suspect we all know that the way to handle a daunting task is to simply do the next small thing that needs doing and bit by bit we accomplish more than we ever could.

And then there’s the reality that we often don’t know anything about the change we have wrought. It’s especially true for those of us who work with students, but it’s true any time we interact with another person as a supervisor, as a friend or as a customer in a store. We hope that we can have a positive effect, but who knows.

I was given an unexpected gift a few years ago. I was back at UTSA for a football game and ran into a colleague who worked in Development. She asked me if I knew an alum she was working with on a gift he wanted to make to UTSA and he had asked her if she knew me. When she said she did, he responded, “She saved my life.” According to him, we had talked while I was working in student conduct at UT Austin and I was telling him that he was facing suspension. And I talked to him about the choices before him. It seems he was ready to hear what I had to say and after he was suspended, he enrolled in UTSA, graduated, started a business and was now ready to give back to his alma mater. And he linked all of that back to a conversation I don’t remember.

So, as always there’s a choice before us. We can be overwhelmed at the needs of the world. Or we can choose to work on the one part of the world in front of us and try to make it better. We can be mean or kind to the clerk in the store. We can rush through a meeting or take an extra moment with a student on the chance that they are ready to hear what we have to say. We may not change the world that day, but perhaps the person we are talking to will. Or maybe we’ll simply brighten their day and that’s pretty amazing in its own way.

So, how are you changing the world today?