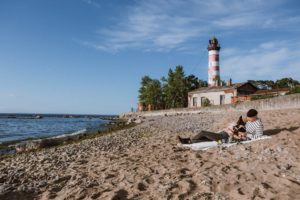 Technically, summer hasn’t started in the Northern Hemisphere since the solstice isn’t for another two weeks. However, here in the southwestern part of the United States, we haven’t waited for the official start date. Current forecasts call for 100º temps for several days including 106º on Saturday! And since we’re not actually in the desert here in central Texas, we also get humidity. We aren’t quite to the baking hot at night phase, but with these numbers it won’t be long. All that to say, it may not be summer, but it’s already too hot to think. So, today’s newsletter is the equivalent of a beach read.

You may have noticed that I’m a word nerd. (If you are too, and you haven’t found the podcast, A Way With Words, I highly recommend it. Talk about an encyclopedic knowledge of words!) Yesterday, I came across a sesquipedalian (having many syllables; from the Latin meaning ‘a foot and a half long’) word I had never come across and I couldn’t quite get the sense of it from the context. I opened the much used link to Merriam-Webster.com which let me down. They’d never heard of it! However, all was not lost, the trusty internet came to my rescue.

This elusive word is ‘Paraprosdokian’. According to the article on Thought.com (see below for the link), “Paraprosdokian is a rhetorical term for an unexpected shift in meaning at the end of a sentence, stanza, series, or short passage. Paraprosdokian (also called the surprise ending) is often used for comic effect.” This word comes to us from Greek “beyond” + “expectation”

And this is where the fun begins. (I know, I know, you were wondering.) Examples!

Some classics – (you’ve probably heard them or seen them on the social media, but didn’t know there was an actual name for what they are.)

I hope these made you smile and at least one of them made you laugh out loud. Unlike the many people who ask you just what there is for you to do in the summer, I know orientations are already in full swing and summer isn’t really the break it once was. And still, campuses are different in the summer time. Fewer people, vacations to be taken (which are often hectic in their own ways), and whether it’s all summer or merely a few weeks, sometimes it is simply to hot to think. When you hit that point, I hope you’ll stop and remember this newsletter and find your equivalent of a beach read. Something that is light and fun, that tickles your fancy, something that gives you a mental break. Remember to find a way to take breaks. We need to take them during the day. We also need them throughout the year. Find something that makes you smile, laugh, dance. Create a surprise ending for your day.

Wishing everyone some summer fun this week!