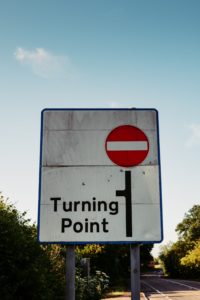 Photo by Roger Bradshaw on Unsplash

In the summer of 1998, I had the opportunity to participate in a NASPA program, the Stevens Institute. I’ve forgotten the rest of the name, but generally it was designed for Student Affairs staff who were interested in moving into more senior roles. An amazing faculty led by the awesome Larry Roper created a learning community from a group of strangers. It is still one of my top five professional development experiences and I quote, use, and refer to lessons I learned that week regularly to this day.

This week, I’m facilitating a leadership retreat for a group of people who have the experience many organizational groups have had over the past few years. Several new people joined during the work from home stage of COVID. While they’ve all actually met each other, they haven’t had the opportunity to sit down to learn together about themselves as a team and to think together about the future of their organization and its role within the university.

We’ll do some of the usual activities and exercises but I was trying to think of the best way to open the retreat and begin creating a learning community for this group. And I thought of an activity from that institute. It was developed by Penny Rue, recently retired as vice President for Student Affairs at Wake Forest. Penny asked each participant to share one turning point in their career. One choice, experience, or lesson learned that they now, in retrospect, understand as a step toward their current role. In other words, a turning point, without which they wouldn’t be doing what they are currently doing.

Years ago, I asked Penny if she would mind if I used her activity. She was gracious, saying of course without hesitation. She told me that she had used the activity with students, staff, faculty and it was always powerful. After that conversation, I’ve used this activity many times and I agree with Penny. One particular example stays with me. The Provost of UTSA and I brought together the Provost’s Council (Deans, vice provosts, assistant provosts) and the leadership team of Student Affairs. This time, by the end of the exercise, not only did we know more about each other, it was obvious for the first time that more than half of this group were first-generation college students. A room full of highly educated leaders, masters degrees, law degrees and many, many doctoral degrees and one of the most common experiences was that they were the first in their families to go to college. It was a powerful realization, though not completely surprising given the mission of UTSA of serving students who had traditionally been underserved by higher education. By the end of that session, we weren’t faculty and staff working in two different divisions, we were colleagues who all valued the mission and purpose of our shared university.

The challenge to this exercise is that once people begin to think about turning points, they have trouble sticking to one. It makes sense. There’s rarely only one significant event in a life or a career. But it’s often  taking a moment to reflect and remember, to identify those moments that made a difference. Sometimes, the memory recalls a person. Other times, a decision. Sometimes, to quote Robert Frost, we identify a choice, “that made all the difference.” Understanding turning points of our past can help us with identifying the important choice points of the present.