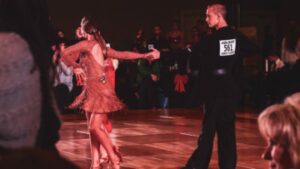 Before last week’s technical difficulties, I was writing about some of my experiences with sports. First and foremost, is that my experiences with sports are almost entirely of the spectator variety. As I once put it in response to an interview question about the value of Recreational Sports programs, “I don’t really know why anyone stands around and lets someone throw a ball at their head.” It got the laugh I meant it to, but I wasn’t kidding.

I do enjoy watching sports. I grew up watching Wide World of Sports on Saturday and I loved watching every sport in the Olympics. But outside of those television shows, what I like most is watching people I know do their thing. City league on a summer night is great fun even if it’s hot. Overall, college sports are much more interesting to me than professional sports.

What triggered the idea for last week’s, now this week’s, column was the lopsided score of the OU-Texas game. Even if you were rooting for Texas, the game isn’t much fun for any spectator when the score is as one sided as that one. It’s especially difficult when you know the students who have to struggle through to the end. That game reminded me of watching and equally difficult game when I was working at UTSA.

I attended more athletic events in the five years I worked at UTSA than any other time in my career. Since Intercollegiate Athletics reported to me, I made a point to go to games and matches and to get to know as many student-athletes as possible. The first year I was there was a tough one for the basketball team. On the night I attended as a guest coach, it was a tough game. They only had seven or eight healthy team members so they ran themselves ragged. It was hard to watch. Not because of the score, but because they were playing so doggedly and to so little effect.

The next day, our office team was making goody bags for Valentine’s Days and I asked if I could speak to the team. I grabbed some of the goody bags and joined them after practice. And I told them this, “I’m not a basketball player and I can’t pretend to know what it’s like to be in your shoes. But I do have my own type of competition and I’ve learned something important doing that competition. What I’ve learned is that the winning and losing is not really in my control.” I shifted to the game of basketball saying, “You can play your best game ever and somebody on the other team plays the game of the century. You can play terribly and still win because the other team can’t make a basket. Sometimes the refs only see your fouls, sometimes they only see those of the other team. The outcome, the win or the loss isn’t totally in your control.”

There are many analogues to this experience. The students didn’t ask and I didn’t offer that my competitive experience was ballroom dancing. Then I told them what I thought was most important about my experience learned on a day when I had done all the preparation and had a terrible day of competition. There is something we have control of – not the outcome, but our work, our preparation. “I doubt your coaches want to hear me say this, but I don’t care if you win or lose. What I care about is that you did your work. You brought your best effort to practice, to the classroom, and to the game. That’s all we can ask of you, that you do your best to be a good teammate and a good representative of the university all the time. That’s what earns the pride and is the true work of a winner. Ending with the highest score is simply the bonus.”  It is true that, it’s not whether you win or lose, but how you play the game.

They may of thought I was more than a bit naive, but they listened politely and took the candy and I meant every word I said. It is what we should be expecting our student athletes because the outcome isn’t in our control, but our effort is. It’s an important reminder for all of us.

PS. In a wild twist of fate, the team won their next game and brought me a signed game ball. They ended the season by winning four of the last five games. The joke was that I needed to come talk with them more often. We all knew that I had nothing to do with it, but it was a fun way to end a tough season.